In my recent work on the Discourse on African’s Development: Moving from Diagnosis to Prognosis, it was established that taking into consideration Africa’s abundant resources, it stands the chance of Development when the mindset of Africans are renewed, especially through the influence of the Biblical worldview about work, time creation and God. As a continuation on that reflective work, this article attempts renewing mindsets about work in the African context. 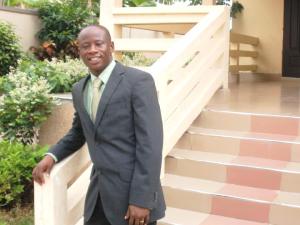 The key to every development of a nation starts with positive mindset and thus attitudes to work. The rational is that hard work works. An observation and examination of the general attitudes of many Africans about work, identifies many dimness with which many people regard their work. These unconcern attitudes are not only seen in Government sectors but in the private sectors as well. In Ghana for instance, many government and for that matter public functionaries are run down due to the workers’ poor attitudes to work. This phenomenon is unfortunately not only a problem with the so called secular world, but also prevalent among Christians as well. Unfortunately, the salt and light ministry of the Christian does not reflect in some Christians’ working environments.

The seemingly deprived mindset of average Africans about work needs to be presented. Some see work as a necessary evil whose only use is to provide them with only daily meal. Others see work as a means of amassing wealth. Still other Africans perceive work as a curse. A punishment that God sentenced Adam and Eve into for disobeying him (Genesis 3:17-19). This false mentality probably implies that the more physical one’s work is, the more it is to be looked down upon – since the harder the work the more the person is seen as cursed. In my opinion, this unfortunate mindset permeated the brains behind most of the corrective measures of Africa’s Judiciary and Educational Institutions. I remember that when I was in a Secondary school in Ghana, whenever I broke the school’s code of ethics and conduct such as coming to school too late, the punishment I received was a portion of land to weed. Based on that experience, I saw farming and other kind of work that involved physical strength as a punishment. Should that be the case? Most people who are sentenced to imprisonment in Africa are declared to serve in number of weeks, months and others years in hard labour. These situations then make the average African to think that hard work is a curse or punishment at the expense of recognizing that hard work works.

Unfortunately this wrong world view about work inform both religious and non-religious singers and artists to further propagate this false notion. What one sees from many film and music video clips is that whenever God blesses someone in the African context, he or she works in a fully furnished Air-conditioned office. Eventually most highly professionally skilled personnel such as engineers are not usually seen on the field of practice. Could Africa be developed with that mindset?

These pictures about work thus call for balanced and renewed mindset from a biblical perspective. Work is to be seen as a civic responsibly to the nation and thus fulfillment of God’s command. A redeemed mind must therefore see work as God sees it. A good citizen is to find fulfillment in work as service to humanity, creation and worship of God. Jesus, God incarnate worked hard as a Carpenter (Architect) – that called for physical strength, a teacher (Lecturer), and a healer (Doctor), as a Servant Leader (Politician) and ultimately as a Redeemer (Priest or religious worker). Thus Jesus could say that he came that “we might have life in abundance (John 10:10).”

The implication of this worldview about work is that whatever work that one is involved in must be seen as a call and thus is holy and divine service. There should not be separation as to spirituality and secularity of work from God’s perspective. People are differently gifted and talented in life to impact their generation differently and thus positively. One’s calling may be to preach the gospel, do development work or work in a government ministry or private organization. All are of equal importance to God. Thus for development of our part of the world, Africa, there should be the developed mindset that with God there is no work that is menial or trivial as long as it is done as unto God and not unto man (Col 3:23). It should also be understood that our work is relational to our worship and the two cannot be separated.